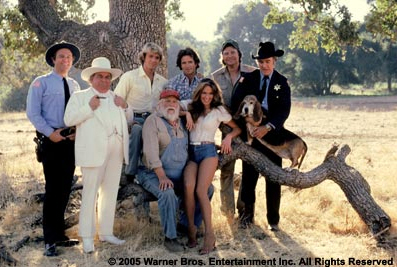 There are some who feel that to remove the confederate flag are victims. Read below how the New York Post published a story about TV Land’s decision on the Dukes of Hazzard.

The latest victim of the growing controversy over the Confederate flag is the 1980s TV series “The Dukes of Hazzard.”
A TV Land spokesperson confirmed Tuesday that the network has pulled reruns of the series from its schedule, which had been airing twice a day.
The network declined to comment on why the episodes were removed, but the southern-set show has come under fire recently for its depiction of the Confederate flag, which is emblazoned on the hood of the Duke Boys’ signature 1969 orange Dodge Charger.
Warner Bros., which owns “The Dukes of Hazzard,” last week halted production on toy replicas of the car dubbed the General Lee. That followed moves by other retailers such as Walmart and eBay to stop selling items bearing the Stars and Bars after the deadly church shooting in Charleston, SC, in June.
A Change.org petition telling Viacom and Warner Bros. to “Stop Banning Dukes of Hazzard” had collected nearly 400 signatures since launching on Tuesday.
“The Dukes of Hazzard” originally aired on CBS from 1979-85 and followed the adventures of cousins Bo Derek (John Schneider) and Luke Derek (Tom Wopat) who raced around town in their trusty stock car.