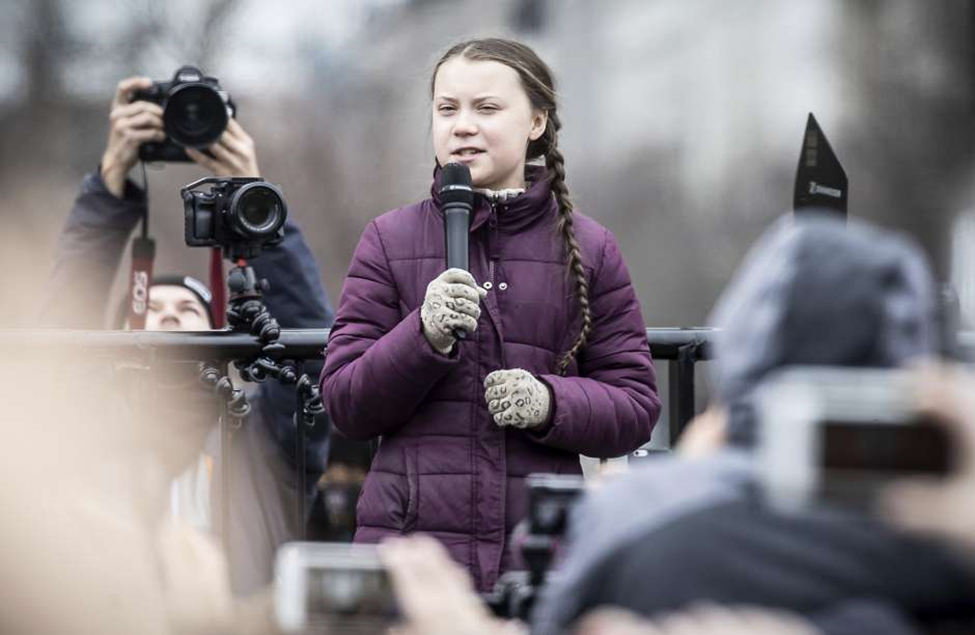 Several weeks ago, I took a morning hike in Briones Regional Park. The landscape of golden hills dotted with majestic Valley Oaks slopes down to where John Muir, the engineer turned environmentalist, built his home. This Eden, like many others in California, is changing. Reaching the top of a hill, where grass and shrubs had been mowed for fire suppression, I watched the fog burn away, gradually revealing increasing numbers of dying trees in my hometown.

Later that day, Greta Thunberg spoke passionately, expressing intense anger and sadness, at the U.N. Climate Action Summit, imploring those in power to finally take meaningful action to stop climate change. As a child and adolescent psychiatrist, I was inspired by her ability to state facts that most of us have had difficulty acknowledging and to express feelings that many of us have suppressed.

Greta has been open about having Asperger’s Syndrome, even referring to it as her “superpower.” Individuals with Asperger’s syndrome, a form of high-functioning autism, perform better than average in science, math and engineering, which may explain their higher proportion among Silicon Valley computer engineers. But people with Asperger’s are less aware of social norms, which can often make life difficult to navigate.

In Greta, this combination has resulted in a keen awareness of the patterns of climate change and a fierce lack of hesitation about warning the world about their dangers.

For those of us without Asperger’s, social convention can allow us to rationalize our behaviors in ways that are irrational, that ignore facts. Our social awareness makes it difficult to challenge the status quo, and we may go like lemmings into the sea. We are not supposed to travel by solar-powered boat across the Atlantic as Greta did; we are not supposed to talk about climate change the way Greta does.

Some have criticized Greta and other climate advocates as impolite, alarmist or worse. Michael Knowles, a guest on Fox News’ “The Story,” went so far as calling Greta “a mentally ill Swedish child,” repeatedly referring to her as “mentally ill.” What he and others get wrong is that Asperger’s syndrome, under circumstances when the status quo is irrational, can be an advantage.

Listening to Greta, I have pangs of guilt. My wife and I mostly do the right things. We live near work, drive electric cars and work to improve our house’s energy efficiency. We teach our children to turn off the lights. Still, making the right decisions can be difficult, since my wife’s family lives on the East coast. Only recently, we have decided to limit trips by airplane, and to buy carbon credits if we need to fly.

I also feel guilty that I have not been more outspoken. I feel angry watching neighbors driving around town, rarely with a second passenger, in gas guzzling, extra long SUVs. I tell myself it would be socially inappropriate to say something. Who am I to throw stones?

In other words, I have hesitated to point out what might upset the neighbors. Most of us would not hesitate to call 911 if someone was dumping toxic sludge in a public place that might harm the community. Because of social norms about climate change, we often remain in denial, or just silent, about threats to public health. “For more than 30 years the science has been crystal clear,” Greta said. “How dare you continue to look away!”

Children see with fresh eyes, and my patients have helped me see that climate change can cause not only physical harm but psychological harm. Many times, I have heard children express worries about climate change which keep them up at night. Two adolescents have expressed concern about climate refugees and whether strangers would take them in if their own communities became uninhabitable.

One patient has continued to grieve for the past year, since a wildfire took his family home, his entire town and the lives of many neighbors. I, too, have struggled with sadness, anger and fear in accepting the scope of ecological changes. Yet awareness of climate change and its consequences is a sign not of mental illness but of mental strength.

As the Kincade wildfire devastated Sonoma County, I began to notice that neighbors have begun discussing climate change with less hesitation. In the meantime, two grassfires broke out near the edges of Briones regional park, one near my high school, another just down the road from John Muir’s house. Despite high winds, fire departments were able to put out these fires but not before several homes burned. Before going to bed, the smoke having blown away and an enforced blackout darkening the neighborhood, I stepped outside, where I saw the stars and constellations with unusual clarity.

Greta is right, and we need to listen. The scientists are right, and the children, too. I hope that our fog of denial will lift, that the smoke continues to clear, revealing the facts. If we do not take immediate action, many more Edens will be destroyed. Ray Hearey grew up in the East Bay and is a child and adolescent psychiatrist in Orinda.