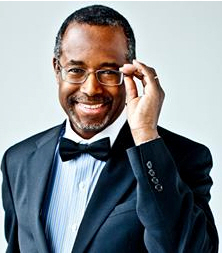 The idea that disrupting and protesting Bernie Sanders speeches will change what is wrong in America is lunacy. The “BlackLivesMatter” movement is focused on the wrong targets, to the detriment of blacks who would like to see real change and to the benefit of its powerful white liberal funders using the attacks on Sanders for political purposes that mean nothing for the problems that face our community.

The notion that some lives might matter less than others is meant to enrage. That anger is distracting us from what matters most. We’re right to be angry, but we have to stay smart.

Of course, the protesters are right that racial policing issues exist and some rotten policemen took actions that killed innocent people. Those actions were inexcusable and they should be prosecuted to deter such acts in the future.

But unjust treatment from police did not fill our inner cities with people who face growing hopelessness. Young men and women can’t find jobs. Parents don’t have the skills to compete in a modern job market. Far too many families are torn and tattered by self-inflicted wounds. Violence often walks alongside people who have given up hope.

grew up in neighborhoods most Americans were told to never drive through. I saw bullets, drugs and death in the same places I played tag and ball with my friends. Both of my older cousins died on the streets where I lived. I thought that was my destiny.

But my mother didn’t. She changed all of that. She saved my brother and me from being killed on those streets with nothing but a library card.

My mother knew what the problems were and she shielded me and my brother from them. I can tell you she wasn’t worried about Socialist senators from tiny rural states. “BlackLivesmatter” could learn from her to focus on the real sources of our hopelessness.

This is where we should march:

Let’s head down to the board of education. Teaching is a tough job and thank God there was a teacher who convinced me that I was not dumb, but our schools are failing and we have no power to abandon them. The actions of rogue police officers take black lives one at a time. Our public school system has destroyed black lives not in the ones and twos, but in whole generations.

The schools don’t teach and our children don’t learn. Too many public schools are controlled by teachers unions focused more on the convenience and compensation of adults rather than the education of children who started out far behind. Their failures don’t kill as quickly, but they do kill as surely as a bullet.

Let’s confront the entertainment industry that lines its pockets by glamorizing a life where black men are thugs and our women are trash. Let’s tell them we plan to start talking with our wallets.

It is time for them to pick on someone else because we have had enough. Demeaning women is not art, and it shouldn’t be profitable. Neither is glorifying violence and equating prison time with authenticity. Straight Outta Compton, #1 in movie theaters, is just the latest example. You only have to watch the trailers.

Let’s go down to city hall. Living behind a door with three deadbolts is not living in freedom. Being too scared to walk around your block at night is not the pursuit of happiness we were all promised.

Let’s go over to the crack house. We need to tear it down. Profiting from selling poison to our children and destroying lives must not be the ambition of our children. These monuments to our destruction deserve our active scorn not our silent acceptance.

We should go to Washington. For decades they have fought the “War on Poverty.” Poverty won. We lost.

Over 19 trillion dollars has been wasted, but can anyone identify a single battle won as a result? We certainly have not helped the poor “lift themselves out of the ruts of poverty” as Lyndon Johnson promised — far from it. These programs have been a great American failure.

We should have a talk with the Democratic Party.  Let’s tell them, we don’t want to be clothed, fed and housed. We want honor and dignity.

We don’t want a plan to give us public housing in nice neighborhoods. We want an end to excuses for schools that leave us without the means to buy our own houses where we choose to live. We want the skills needed to compete, not a consolation prize of Section 8, Food Stamps and a lifetime of government paperwork.

Finally, we need to go over to the Republican Party. We need to tell them they have ignored us for too long. They need to invite us in and listen to us. We need to communicate and find a different way.

There are many things to be angry about when you are consumed by hopelessness. Bernie Sanders isn’t one of them.

Ben S. Carson is a Republican candidate for president in 2016. He is the former director of pediatric neurosurgery at Johns Hopkins Children’s Center in Baltimore.