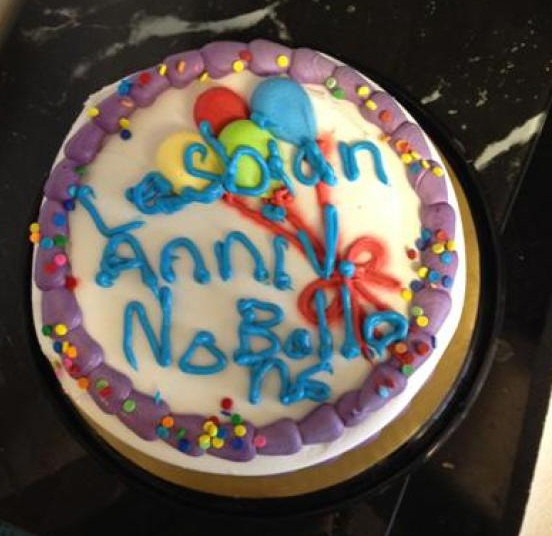 A Washington, D.C.-based woman says she was shocked to discover that an anniversary cake she ordered for her genderqueer partner was scrawled with an anti-gay message.

The customer, identified only as Sarah, told The Advocate that she had ordered a carrot cake based on a design she saw in the Arlington, VA. bakery’s catalog that featured balloons crafted out of icing. Sarah said she requested that her custom cake not include the balloons, but read “Happy Anniversary Lindsey! Love, Sarah” instead.

When Sarah picked up the cake, it read, “Lesbian Anniv. No Ballons” [sp] in lieu of her suggested message.  The cake was also chocolate and featured the icing balloons that Sarah had requested not be included.

“It’s disappointing to know that when I want to honor the most important person in my life, I have to worry about some intolerant person ruining the surprise I had planned,” Sarah is quoted by The Advocate as saying. She also says that when she spoke to bakery employees about the gaffe, the manager apologized for the sloppy text but refused to address the context of the message itself. Sarah says she has also declined the owner’s offer for a new cake.

It isn’t the first time that a bakery has been hit with homophobic claims. Oregon’s Sweet Cakes by Melissa closed up shop earlier this year after owner Aaron Klein admitted to turning away a lesbian customer who had sought a wedding cake for her forthcoming nuptials while arguing that same-sex marriage conflicted with his religious beliefs.

Specifying that he did not consider himself to be anti-gay — “I’ll sell [gay people] stuff…I’ll talk to them, it’s fine” — Klein noted at the time, “I’d rather have my kids see their dad stand up for what he believes in than to see him bow down because one person complained.”

Similarly, in November 2011, a lesbian couple was denied a wedding cake by the Christian owner of an Iowa-based bakery.

“I didn’t do the cake because of my convictions for their lifestyle,” Victoria Childress, who runs her bakery from home, told KCCI-TV at the time. “It is my right, and it’s not to discriminate against them.  It’s not so much to do with them, it’s to do with me and my walk with God and what I will answer [to] Him for.” 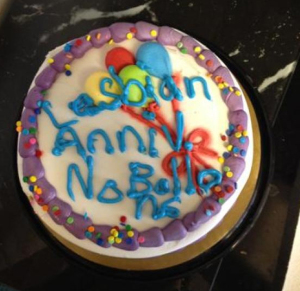