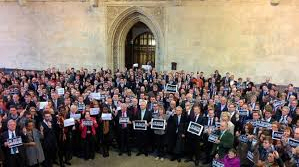 ‘I Am Charlie’: Thousands Honor Victims of Terror Attack

People gathered by the thousands throughout France to stand in solidarity for the victims of the terror attack against at a satirical magazine in Paris on Wednesday. Masked gunmen shouting “Allahu akbar!” stormed the Paris offices of Charlie Hebdo, killing 12 people, including the paper’s editor, before escaping in a getaway car.

“We must be unified against this barbarity, this intolerance,” said Julian Thésee, 58, an artist who was among thousands gathered at the Place de la Republique. “Everyone has the right to speak, the right to express themselves and we have to – even if they have a gun to your temple, you must scream, ‘Liberty!'”

People gather in Toulouse to honor the victims, holding aloft pens and papers reading “Je suis Charlie” — “I am Charlie.” 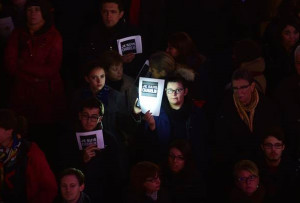 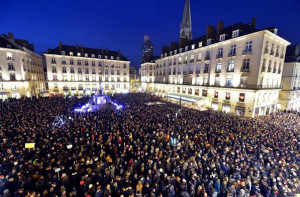 People gather at the Place Royale in Nantes. 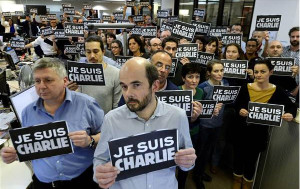 Journalists hold placard reading “I am Charlie” as they hold a minute of silence at the French news agency, Agence France Presse. 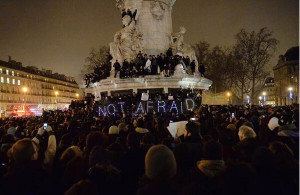 People gather at Place de la Republique in support of victims of the terrorist attack on Jan. 7, 2015 in Paris, France.