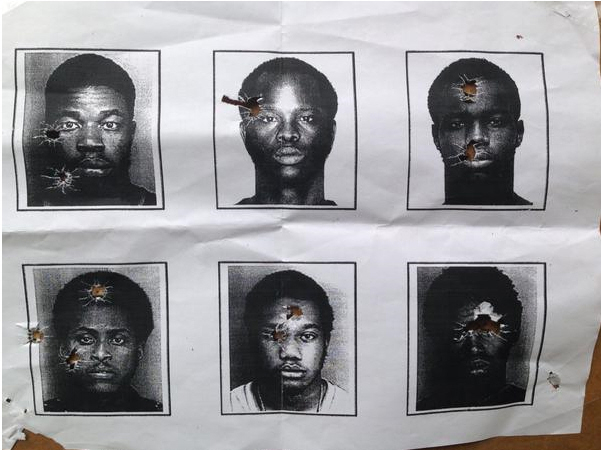 At a time when police public relations are strained over the shootings deaths of black men by white cops, people are asking why North Miami police would use pictures of real black men at the firing range.

When National Guard Sgt. Valerie Deant paid a visit last month to a shooting range in Medley, Florida she was astounded at what she found. North Miami Beach Police had been participating in a shooting drill using mug shots of six black males as targets.

Deant was even more shocked when she discovered that one of the images was that of her brother, Woody Deant.

“I was like, ‘Why is my brother being used for target practice?'” Deant told NBC6, which first reported the story.

About 15 years earlier, Woody Deant had been arrested over his involvement in a drag racing incident that left two people dead. Deant, whose image at the firing range had been sprayed by bullets, had spent four years behind bars. But today he describes himself as a dedicated father and “a career man”.

Describing his reaction to seeing his face being used as target practice, Deant said he was “speechless.”

“The picture actually has like bullet holes,” Deant said. “One in my forehead and one in my eye. …I was speechless,” he said.

North Miami Beach Police Chief J. Scott Dennis defended the actions of his officers, some of whom he said are minorities themselves. Dennis said his department also uses images of whites and Latinos for target practice.

“Our policies were not violated,” the police chief was quoted by NPR as saying. “There is no discipline forthcoming for the individuals who were involved with this.”

He admitted, however, that the officers could have exercised better judgment, because one of the men, Woody Deant, “would be someone that was on the streets of North Miami Beach.”


Dennis told the NBC affiliate that such images were crucial for “facial recognition drills,” and the inventory also includes white and Hispanic faces.

Several federal and state law enforcement agencies rejected Dennis’ claim that use of real people for target practice is routine procedure, NBC6 reported. Most police departments purchase commercial targets for their use.

However, as past events have shown, even commercially bought targets are not immune to criticism and controversy.

In every image, the suspect is shown holding a gun, meant to teach police to act without hesitation in even the most unusual life-or-death scenarios.

Not all shooting range posters, however, are so readily excusable in the police force. In April 2013, a Florida policeman lost his job for using photos of Trayvon Martin, the young black man who was shot and killed last year by a neighborhood watchman, for target practice. 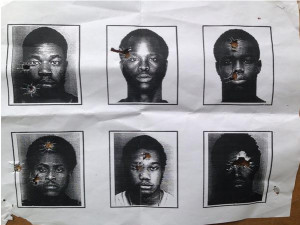 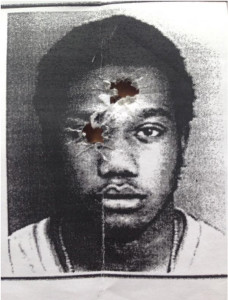