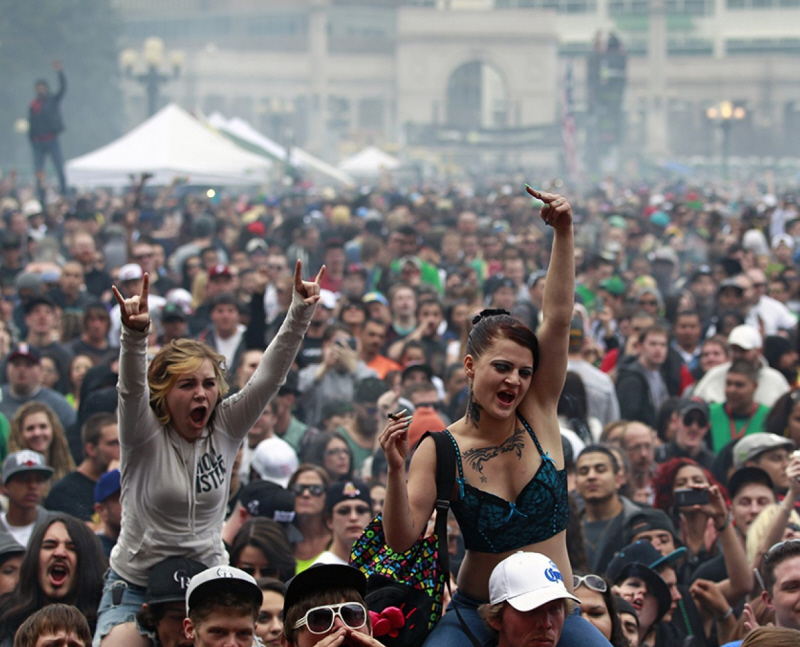 420 is not so much a time or place as it is a state of mind. A stoned state of mind, to be specific. In the past, HIGH TIMES has reported on various competing theories surrounding the appearance of this unique bit of smoker slang, but as the following timeline clearly shows, the controversy has been resolved. The original story of 420 begins with five fellow students — all of whom assumed the nom de pot Waldo — who met after school at the appointed hour to smoke some of California’s finest, and occasionally searched for a hidden pot field they’d heard about in the hills outside town.
1971 – Five San Rafael High School students christen the term “4:20,” meeting daily at that hour to share a smoke under the school’s statue of Louis Pasteur. The original password: “420 Louis.”
1972 – Carmen Electra is born on 4/20 in Cincinnati.
1973-1989 – 420 languishes in obscurity, passed along from stoner to stoner as a completely underground “grassroots” phenomenon.
1990 – A mysterious flyer promoting 420 circulates at Grateful Dead shows, especially in Northern California. A copy of the flyer finds its way from a show in Oakland to HIGH TIMES’ offices in New York. San Rafael was the home of Grateful Dead Productions, supporting a link back to the original Waldos, who are not mentioned in the flyer.
1991 – HIGH TIMES publishes the text of the mysterious flyer, which claims that 420 started in San Rafael, CA, “as a police code for marijuana smoking in progress.” It also promotes “the grandmaster of all holidays: 4/20, or April 20th.”
1994 – Clocks in Quentin Tarantino’s Pulp Fiction are set at 4:20.
1995 – The Cannabis Action Network stages its first annual 4/20 Ball in San Francisco at Maritime Hall. The event begins and ends at 4:20.
1997 – HIGH TIMES launches 420.com, taking 420 into the digital world.
1998 – HIGH TIMES debunks the “marijuana smoking in progress” theory and declares the Waldos the true originators of 420 after the group produces letters and posters to prove this claim.
1999 – Columbine: The worst thing to happen on 4/20 since Hitler was born 90 years earlier.
2002 – The original Waldos reunite at the HIGH TIMES Doobie Awards in New York City to present a lifetime achievement award to their favorite band, the New Riders of the Purple Sage, who reunite for one night only and perform their classic marijuana anthem “Panama Red.”
2003 – Carmen Electra marries Jane’s Addiction guitarist Dave Navarro.
2004 – Clocks in Sophia Coppola’s Lost in Translation are set at 4:20. Coppola and Tarantino become an item.
2005 – HIGH TIMES suggests moving 4:20 to 5:20: “When you’re working a 9-to-5 job, sometimes it’s worth waiting the extra hour.”