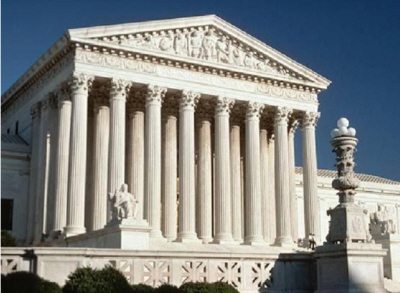 by MARK SHERMAN
Posted: 04/22/2014 10:20 am EDT Updated: 04/22/2014 3:59 pm EDT
WASHINGTON (AP) — A state’s voters are free to outlaw the use of race as a factor in college admissions, the Supreme Court ruled Tuesday in a blow to affirmative action that also laid bare tensions among the justices about a continuing need for programs that address racial inequality in America.
The 6-2 decision upheld a voter-approved change to the Michigan Constitution that forbids the state’s public colleges to take race into account. That change was indeed up to the voters, the ruling said, over one justice’s impassioned dissent that accused the court of simply wanting to wish away inequality.
The ruling bolsters similar voter-approved initiatives banning affirmative action in education in California and Washington state. A few other states have adopted laws or issued executive orders to bar race-conscious admissions policies.
Justice Anthony Kennedy said voters in Michigan chose to eliminate racial preferences, presumably because such a system could give rise to race-based resentment. Kennedy said nothing in the Constitution or the court’s prior cases gives judges the authority to undermine the election results.
“This case is not about how the debate about racial preferences should be resolved. It is about who may resolve it,” Kennedy said.
He stressed that the court was not disturbing the holding of a 2003 case from Michigan —which gave rise to the 2006 Constitution change — permitting the consideration of race in admissions. A Texas affirmative action case decided in June also did nothing to undermine that principle, Kennedy said.
In a separate opinion siding with Kennedy, Justice Antonin Scalia said Michigan residents favored a colorblind constitution and “it would be shameful for us to stand in their way.”
Strongly dissenting from the majority, Justice Sonia Sotomayor said the decision trampled on the rights of minorities, even though the Michigan amendment was adopted democratically.
“But without checks, democratically approved legislation can oppress minority groups,” said Sotomayor, who read her dissent aloud in the courtroom Tuesday. Justice Ruth Bader Ginsburg sided with Sotomayor.
Michigan voters “changed the basic rules of the political process in that state in a manner that uniquely disadvantaged racial minorities,” Sotomayor said.
Judges “ought not sit back and wish away, rather than confront, the racial inequality that exists in our society,” she said. She is one of two justices, along with Clarence Thomas, who have acknowledged that affirmative action was a factor in their college and law school admissions. Sotomayor attended Princeton University and Thomas is a graduate of the College of the Holy Cross. They both attended law school at Yale University. Thomas is a staunch opponent of racial preferences.
At 58 pages, Sotomayor’s dissent was longer than the combined length of the four opinions in support of the outcome.
Chief Justice John Roberts and Justices Stephen Breyer, Samuel Alito, Scalia and Thomas agreed with Kennedy.
Responding to Sotomayor, Roberts said it “does more harm than good to question the openness and candor of those on either side of the debate.”
Justice Elena Kagan did not take part in the case, presumably because she worked on it at an earlier stage while serving in the Justice Department.
University of Notre Dame law professor Jennifer Mason McAward said the opinions by five justices point “to a much more nuanced and heated debate among the justices regarding the permissibility and wisdom of racial preferences in general.”
In 2003, the Supreme Court upheld the consideration of race among many factors in college admissions in a case from Michigan.
Three years later, affirmative action opponents persuaded Michigan voters to change the state constitution to outlaw any consideration of race.
The 6th U.S. Circuit Court of Appeals said the issue was not affirmative action, but the way in which its opponents went about trying to bar it.
In its 8-7 decision, the appeals court said the provision ran afoul of the Equal Protection Clause of the U.S. Constitution’s 14th Amendment because it presented an extraordinary burden to affirmative action supporters who would have to mount their own campaign to repeal the constitutional provision. The Supreme Court said the appeals court judges were wrong to set aside the change as discriminatory.
But Sotomayor took up their line of reasoning in her dissent. She said University of Michigan alumni are free to lobby the state Board of Regents to admit more alumni children, but that the regents now are powerless to do anything about race-sensitive admissions.
Breyer parted company with other liberal justices Sotomayor and Ginsburg, voting to uphold the Michigan ban because it effectively took power from faculty members at the state colleges and gave it to the voters, “from an unelected administrative body to a politically responsive one.” Unlike the conservative justices whom he joined Tuesday, Breyer said he continues to favor “race-conscious programs” in education.
Black and Latino enrollment at the University of Michigan has dropped since the ban took effect. At California’s top public universities, African-Americans are a smaller share of incoming freshmen, while Latino enrollment is up slightly, but far below the state’s growth in the percentage of Latino high school graduates.
The case was the court’s second involving affirmative action in as many years. Last June, the justices ordered lower courts to take another look at the University of Texas admissions plan in a ruling that could make it harder for public colleges to justify any use of race in admissions.
Tuesday’s case is Schuette v. Coalition to Defend Affirmative Action, 12-682. 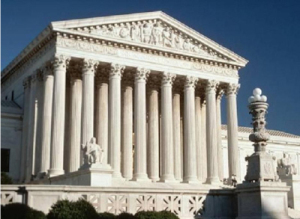